Chandigarh | India
Here you’ll find all of the information, content and tools you need to plan your holidays in India, including itineraries, accommodation and suggestions to make your holidays come alive.

Chandigarh is India's first planned city, quite distinct from the rest of the country and considerably better organised. It is the capital of both Haryana and Punjab, but the city is not part of either state, being a union territory, i.e. administered directly by the central government.

Le Corbusier's Open Hand The most striking thing about the city is the expanse of resplendent blue sky with the mountains in the backdrop. When you approach the city, you see the jagged skyline of the Shivalik Hills looming large over the city and the faint image of an old temple dedicated to Goddess Chandi (15&#160;km from Chandigarh) from which the city got its name. Chandigarh may appear oddly familiar to Western visitors and idiosyncratic to the rest of India. Because of this, Chandigarh is a good place to visit if you need a break from the chaos of the rest of India. Chandigarh is also a very secure city. With the lowest crime rates in the country you can feel safe at any hour. Enjoy the planned city, with tree-lined roads, large beautiful roundabouts, several gardens and on top - a great set of people. Chandigarh and Mysore are considered the cleanest two cities of India. History When India was partitioned, Punjab was split into two, with the western half going to Pakistan. Lahore, the historical capital of Punjab was also ceded to Pakistan, and Chandigarh was conceived of as a symbol of India's freedom, and a new beginning for Punjab. The government of the state decided to build the new city at the foot of the Shivalik hills. Architects Albert Mayer and Mathew Novicki drew the initial plans in New York. When the latter died in an air crash in 1950, the work was entrusted to the French architect Edouard 'Le Corbusier' Jeanneret who created Chandigarh as a city of "Sun, Space and Verdure", to fulfill the basic functions of working, living, and care of body and spirit. Today, the city is home to more than 900,000 people living in harmonious conditions that are considered to be the best in the country. Le Corbusier's Secretariat Building One can see architectural genius in the neat geometrical design of residential quarters, reinforced concrete structures and self-contained area layouts. Chandigarh is divided into 47 self-contained sectors. Each sector of the city is designed with its own shops, academic, and health care buildings, and places of worship, open spaces, greenery and residential areas. Chandigarh is one of the best planned cities of India. Roads are pretty wide and spacious. It hasn't grown in a haphazard way as some other Indian cities have. The city is divided into four major work areas. In the north, the capital complex, consisting of the Secretariat, Legislative Assembly and High Court, with the hills as a background dominating the city. Sector 17, which is the city and district centre, houses the administrative and state government offices, as well as shopping malls, banks and other offices. The west contains the university, and institutions of engineering, architecture, Asian studies and medicine. The east zone is the industrial area of the city. In 1966, Hindi-speaking areas of Punjab were split from the Punjabi speaking areas of the state to form a new state of Haryana. Chandigarh continued to be the capital of both states. This was supposed to be a temporary measure. The plan was that in 1986, the city would pass to Punjab. But this has been indefinitely delayed because Haryana insists on getting some territory in return, and the two states have not been able to agree on the area that should go to it. Climate @media all and (max-width:720px){body.skin-minerva .mw-parser-output .climate-table{float:none!important;clear:none!important;margin-right:0!important}body.skin-minerva .mw-parser-output .climate-table .infobox .infobox{}}.mw-parser-output table.climate-table{width:30em;margin:1em;padding:0.5em;text-align:center;font-size:80%;border:1px solid #9EBDC7;box-shadow:2px 2px 5px #9EBDC7;border-radius:3px;background:#f3f3ff;white-space:nowrap}.mw-parser-output table.climate-table th{background:#CEE0E7} Chandigarh has a humid subtropical climate (Cwa) with extremely hot summers and warm to mild winters. The rainy season is in the middle of the year, although the rest of the months are not completely dry.

Contents 1 Get in 1.1 By plane 1.2 By train 1.3 By car 1.4 By bus By plane 30.67472276.7905561 Chandigarh International Airport&#32;(IXC&#160;IATA)&#32;(about 8&#160;km (5.0&#160;mi) from the city centre.).&#32;An attractive and pleasant airport. Air India and GoAir fly to the city. GoAir offers direct flights from Mumbai and Delhi. Tickets cost around ₹3,000 (from Delhi, including taxes) for most of the airlines. AirAsia has a direct flight from Bangalore.&#32;&#32;&#32;(updated Jun 2020) By train There is a frequent service to and from New Delhi. Trains connecting New Delhi include Kalka (Chandigarh) Shatabdi Express (twice daily) and the economical Chandigarh Jan Shatabdi Express (Una (H.P) to Delhi). Shatabdi Express is quite popular and it is better to have an advanced reservation at least 2–3 days prior to the journey. Popular long-distance trains include the following: Paschim Express (daily) to Mumbai Kalka Mail (daily) to Howrah Dehradun-Chandigarh Madras Express (Monday) to Chennai Kerala Sampark Kranti (Wednesday) to Kochuveli (Kerala) Chandigarh Lucknow Express (daily) to Lucknow. Chandigarh-Jaipur Garib Rath to Jaipur. 30.702476.82142 Chandigarh Junction railway station&#32;(ਚੰਡੀਗੜ ਰੇਲਵੇ ਸਟੇਸ਼ਨ)&#32;(8 km east of the city centre, well connected with local buses as well as numerous taxis and rickshaws.).&#32;&#32;&#32;(updated Apr 2022) By car Chandigarh has an equally good connectivity via road. It is a 4-5 hour drive from Delhi, the road comprising mainly of NH 1 is quite good. Chandigarh serves as a gateway to the state of Haryana and Himachal Pradesh. Important Distances&#160;: New Delhi - 260&#160;km (160&#160;mi) Shimla - 110&#160;km (68&#160;mi) Manali- 320&#160;km (200&#160;mi) Dehradun - 175&#160;km (110&#160;mi) Amritsar - 250&#160;km (155&#160;mi) There are many car rental companies available in Chandigarh. If you are traveling from Delhi, you can book a cab from a number of travel agencies present in various nooks and corners of the city or you can book a cab just a call away. Traveling by smaller vehicles like Indica is the most common mode of cab transfers on this route. The highway is pretty scenic. While it is good to take the cabs for travel on this route in summers, it should be avoided in winters due to heavy fog. Dec -Feb are winter months in India. Chandigarh, being situated in laps of mountains, faces heavy fog at night and in the early morning. At such times, the visibility on roads can be less than six feet. By bus Chandigarh is served by two bus terminals. The 30.71646476.7441561 New Inter State Bus Terminus,&#32;in Sector 43,&#32;☏ +91 172 2624413.&#32;provides connectivity to all major destinations in the neighbouring states Himachal Pradesh, Punjab, Haryana, Uttaranchal, Jammu, and Delhi (limited).&#160; The Inter State Bus Terminus in Sector 17 offers connectivity to all major towns of Haryana (except those on Himachal Route like Kalka) and Delhi. Delhi is extensively connected with a bus service every 15 min offered by Chandigarh Transport Undertaking, Haryana Roadways, Punjab Roadways and Himachal Roadways. Volvo A/C buses are also run on the Chandigarh-Delhi section and offer connection to the Airport and towns like Gurgaon. The fares of Volvo buses are usually comparable with the Shatabdi Express. The timetable for Chandigarh Volvo Buses can be found here. Chandigarh Transport Undertaking offers a comprehensive connectivity between the two bus terminals with air-conditioned and normal buses plying throughout the day between the terminals. 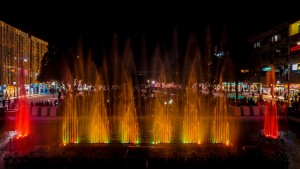 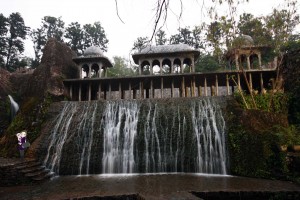 Sukhna Lake
This site uses cookies. By continuing to browse the site you are agreeing to our use of cookies. Find out more.